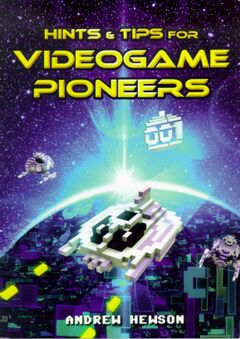 Thanks to the talents of Mike Male, Steve Turner and others, Hewson Consultants had forged a positive reputation on the ZX Spectrum. However, the new 64k machine from Commodore was still virgin territory for us.

It was around this time that Steve Turner told us he had recruited an colleague, who started out converting some of Steve's titles to the Dragon 32 before going on to work on a C64 game. I don't know how Steve and Andrew Braybrook met, I think they were already friends, but Steve told me in his typically subdued fashion that Andrew's new game was looking "really good".

Talk about an understatement! The game was fantastic, in the proper sense of the word, and completely off the wall. Laying eyes on Gribbly's Day Out for the first time was a bit like watching an 8-bit, pixelated vision of somebody else's LSD trip.

It begins with a sycamore seed spiralling down from the top of the screen which then morphs on landing into something which looks a bit like a Greek column. The column starts to flip over and over like a slinky- spring as it walks across a psychedelic landscape brought to life by the C64's impressive colour palette.

Gribbly's Day Out was an expedition in a fantasy world full of weird and wonderful creatures, enriched by an echanting backstory which Andrew Braybrook hat written himself. We published that story in the cassette inlay just as he had written it.

Gribbly, the eventual eponymous protagonist of the game, was a one-legged gribblet who hopped along the screen with a "boing, boing, boing" sound effect when on the ground, but who could also levitate freely through the air. For each level his mission was to find a set number of baby gribblets and return them to the safety of his home cave. In order to accomplish this task the player had to navigate Gribbly through precarious electric force-field mazes which stretched across the sky while avoiding all manner of bizarre creatures, including terrifying flying crabs which stalked the player if they dared to venture too close.

The principal antagonist if each level was the dreaded black crab, Seon, and my daughter, who was six or seven years old when the game was released, still talks to this day about how frightening it was. In the opening act it dwelled somewhere near the top of the scrolling level, but the player never knew exactly where and would therefore avoid visiting the upper areas for as long as possible. Eventually, of course, the time would come when it was necessary to venture up there in search for the last few gribblets, which is when it would make its presence heard.

The chilling hiss of "kkkkk, kkkkk, kkkkk, kkkkk" cut through the otherwise tranquil soundscape of the game from somewhere off screen. The player never knew from which direction it was going to come, only that it was coming. Suddenly a dark shape would flash across the corner of the screen, moving fast but erratically, before disappearing once more.

When the harrowing abomination of spindly legs and snapping claws finally emerged fully into view all pretence of control would be lost as the player lurched at the joystick in a panicked attempt to escape. In its movement the black crab was like a huge, hairy house spider suddenly disturbed from beneath a bathroom towel; rushing in one direction before inexplicably darting in another. But unlike the innocent spider fleeing on instinct, the black crab was relentlessly hunting you and swiping away your carefully collected gribblets in the process.

This potent cocktail of anxiety and panic was no accident. Andrew Braybrook had crafted every exquisite detail to create the effect he desired, just as he had expertly crafted everything else from the colourful sprites to the charming back story. It was immediately clear that Andrew was a superstar games creator in the making.

As well as being Andrew's debut title, Gribbly's Day Out was also our first game on the C64. We commissioned a suitably vibrant piece of cover art for it, send copies to the press and shipped it to retailers. Just like Avalon before it, Gribbly's Day Out was strikingly original. The game received very positive critical reviews, but in the truth the press did not yet yield the massive influence over consumers that they would later acquire. We were still in the early phases of the trade sucking goods into the distribution pipeline rather than consumer demand pulling them through and in any case the specialist press was still finding its groove.

What is more, although Gribbly's Day Out was obviously a brilliantly innovative game, it was so off-the-wall that it did not slot easily into any kind of recognisable genre. Avalon, which we released the year before, was equally original as a computer game experience but it had the advantage of appealing to existing demographics like Dungeons and Dragons players or Tolkien fans.

People rightly remember Andrew Braybrook for the likes of Uridium and Paradroid, but I still have a soft spot for Gribbly's. For me it is a cult classic Braybrook title which introduced us and the world to this unique talent and fantastic imagination. If you have yet to play it, I highly recommend hunting down a copy on eBay.

Even though it did not sell especially well, Gribbly's did make for a fine introduction of Hewson Consultants and Andrew Braybrook to the C64 market. Fortunately for us, the obvious quality and sheer originality of Gribbly's Day Out had captured the attention of the C64 press, laying the ground for another industry first; the Paradroid Diaries.

"The first Hewson game I played as a reviewer was Gribbly's Day Out, which we reviewed in issue three of ZZAP! 64, and gave 90%. That was a really great game that in retrospect probably deserved another couple of points on its final rating.

I remember seeing it for the first time, and watching Gribbly as he made different expressions as I moved him around the landscape. There wasn't anything else like it at the time, and I just fell in love with the character. Gribbly's Day Out was a very early character-driven game, and it was just really appealing. The gameplay was cute and fun too, making the whole package something really special.

In a way, it feels like a precursor to some of the popular Nintendo Entertainment System platformers, and the character- driven games of the late 80's."

I met Andrew through a mutual friend shortly after I moved to Witham. We all played in a local rock bad called No Class. Andrew had written some games at work for an IBM mainframe and people played his multiplayer games via terminals.

When I left work to write games he started programming 3D Space Wars on his dad's Dragon 32 to prove he could write games and made it clear he wanted to work with me. I invited him to an interview and offered him a job which involved part payment and part royalties as I was not making much money.

The initial idea was that he would convert my games onto the Dragon. Unfortunately the Dragon went out of business and shops stopped ordering games overnight. Andrew's three conversions only sold a few copies. He then moved to the Commodore 64.

Andrew was really keen to design a game specifically for the C64. He had just finished work on a C64 version of Lunarattack and realised that games designed for the Spectrum did not bring out the best in the C64. He started off by getting a backdrop scrolling around being inspired by Roger Dean landscapes on some of the Yes albums.

He then started work on the main character. This was specifically designed to fit in a couple of hardware sprites. He found that he only had room for a head one foot - Gribbly was born. Originally he was going to have a little flying saucer to travel in but this used too many sprites so went by the wayside.

I really liked the way Andrew animated the Gribbly character. It looked really good but at that time there was no real game idea other than it being a platform style game.

This started off because Andrew really liked the look of C64 games and the chip was related to the chip he coded for on the Dragon 32, albeit with a much more primitive code set.

When the Dragon 32 market collapsed overnight we were careful not to rely on only one platform. The big problem was which platform out of all the new ones to pick. In those days contenders were launched all the time. I was acutely aware of the Spectrum's limitations which meant it would soon be obsolete and was keen to move on, but while it was selling and before a new market leader emerged it would have been commercial suicide for me to stop. 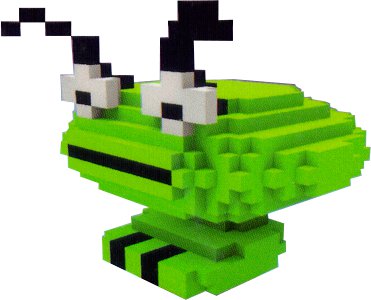